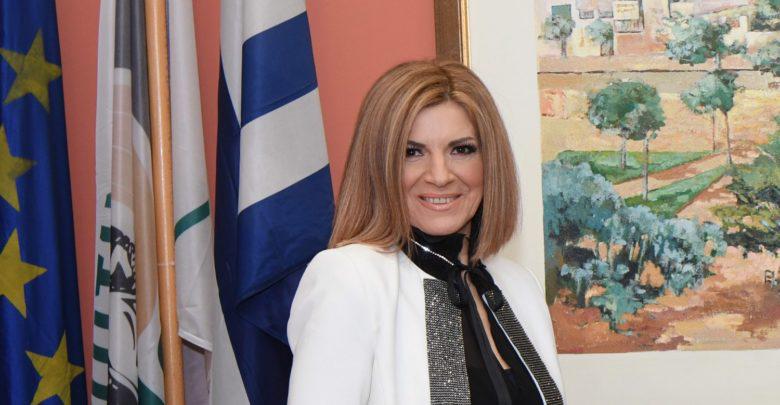 "Women entrepreneurs have to deal with the 'double load' syndrome, the pause in their career due to motherhood, when usually they themselves relegate their careers to second place"

The need to practically support women entrepreneurs, including using targeted protection measures on account of motherhood, is highlighted by Kalliopi Tzika – general secretary of the Larissa Chamber of Commerce, president of the Women's Entrepreneurship Committee, as well as first vice-president of the National Chamber Network of Women Entrepreneurs (EEDEGE) – in her interview with larissanet.gr. Ms. Tzika discusses her proposals so that this support can “be fleshed out,” while at the same time she analyses the French model, which EEDEGE calls for to be applied in Greece - highlighting the options it offers women entrepreneurs.

“A woman has to overcome a lot more hurdles than a man in order to survive professionally; that’s why we’re making great efforts to support her…,” the EEDEGE vice president stresses. An “x-ray” of women’s entrepreneurship in the area of Larissa is noteworthy, while Ms Tzika outlines the trend of organising women’s sectors into associations and federations with the aim of dealing with problems. Kalliopi Tzika concludes by sending a message to women who are thinking of making an entrepreneurial step to not be afraid, to be prepared and to set high goals.

Ms. Tzika, how would you depict the position of women entrepreneurs in the contemporary economic and social scene? Are stereotypes and old mentalities being overcome?

It is impressive that studies by ICAP have shown that women executives in large corporations achieve a lot more productive results than their male colleagues. However, the business sector, especially that of retail, is predominantly male, and women are still trying to find their place in a competitive environment.

This double identity makes it hard for them to balance their work and personal lives, fostering the perfect storm for stereotypes to continue, which deprive women of their many facets - presenting them as either very tough or very sensitive, but never merely just or fair. 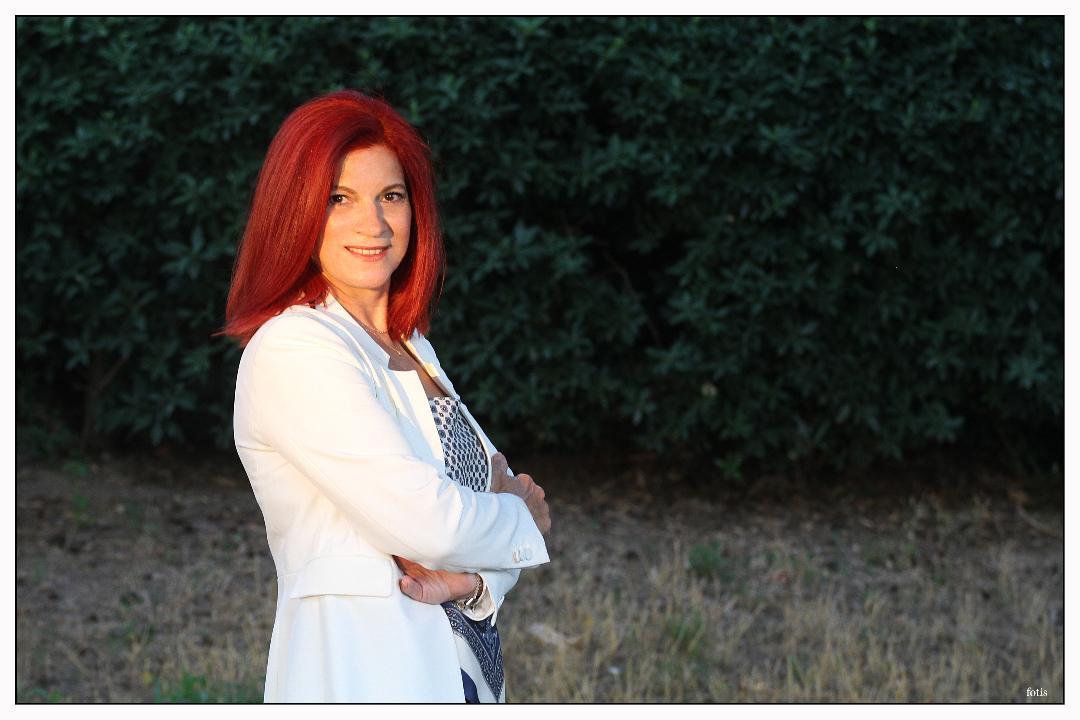 Women are called upon to face the “double load” syndrome, the pause in their careers because of motherhood, when they themselves relegate their career to second place. What is also topical, women, especially in their first steps, when they are at their most vulnerable might face pressure, or abuse, with a lot of ensuing consequences.

The recent Greek #metoo movement, alongside other initiatives, makes me believe that there is hope for better days in our country, though we still have a long way to go.

A woman must therefore overcome a lot more hurdles than a man in order to survive professionally; that’s why we’re making great efforts to support her, as EEDEGE, the National Chamber Network of Women Entrepreneurs, and this is the reason why we at the Chamber of commerce of Larissa founded the Women’s Entrepreneurship Committee, supporting businesswomen multifold - and I would like to stress here, not just our registered members, but all women who are thinking of becoming entrepreneurs.

Finally, I believe that in order for women’s position in the Greek labour market to improve, we have to focus on education. For example, in schools in the US, children are taught women’s rights and gender equality from a young age.

What are the main features of women entrepreneurs in Larissa?

Women entrepreneurs in Larissa are mostly active in the field of services, specifically in education, beauty, tourism, finance and insurance, physical education, in baby sitting and child minding in general, but also in trade with great success.

Many women in Larissa are also in leadership positions in large corporations, supporting their economic prosperity through the many facets of their personalities.

There are also three women’s cooperatives in the Larissa Prefecture, which, through various discussions we have had with them as a chamber trying to support them, we have found that despite all the difficulties and hurdles they are a rock - steadfastly supporting their creations, by tooth and nail, even if they are not as profitable as they should be in view of the time they dedicate to them and the quality they offer.

It is remarkable that many women’s sectors are now organizing into associations and federations, such as for instance the beauty sector, and more recently wedding gift stores, and others, fighting to solve the problems they deal with daily due to the economic crisis, but also due to unfair competition, as they told me during our meetings where they asked for the chamber’s support; issues that we have supported and continue to support through our chamber, trying to always stand by women entrepreneurs, steadfast in the knowledge that they can become the growth pillar of our country.

Recently, you brought up the subject of supporting businesswomen during pregnancy, nursing and raising their children. What are your proposals and what does this particular initiative hope to achieve?

When women today still feel that they have to choose between being a mother and growing professionally, that means that there is still inequality, that something is not being done properly.

Women’s nature has to be taken seriously into account, and this targeted protection on account of motherhood, must not be seen as a problem in someone’s career path, but must be properly supported by the state.

This is where there is another inequality, I discovered - that between women.

Women in the private sector, but especially in the public sector, are rightly supported through benefits and lots of paid leave during pregnancy, as well as during nursing and raising their children.

On the other end of the spectrum, for women entrepreneurs there is no such foresight on the part of the state, resulting in self-employed women facing very serious problems in their businesses when they decide to become mothers – in particular young women who want to become entrepreneurs, but think of all the difficulties they will have to face during their maternity.

Therefore, we specifically propose the following:

The benefits that will result from these actions will be the mobilisation of more women to engage in entrepreneurship, the maximum possible utilisation of women as human resources, more jobs will be created, economic activity in general will increase and most importantly, we will go one step further in solving the demographic problem and the low birth rate.

You have called for the French model of support to be applied to self-employed women. What does this include?

After a thorough study we undertook as EEDEGE on international good practices, we concluded that the French model of maternity protection for women entrepreneurs is the most suitable for application in Greece, due to the similarities in the social structure and in business and labour practices.

a) the possibility of maternity leave in the form of an allowance that they can receive in two instalments, the first in the seventh month of pregnancy and the second after childbirth, of an amount that reaches close to 3,500 euros, but without discouraging them from working, with no such obligation in order to receive the benefit.

b) the possibility to "close” their professional occupation for 44 consecutive days, of which 14 must be before the birth and "open" again, with paid insurance contributions or to stay “closed” for two consecutive periods of 15 + 15 days with an extension given by a simple application, for a total of 74 days, with paid social security contributions and an allowance that is on par with the minimum wage. 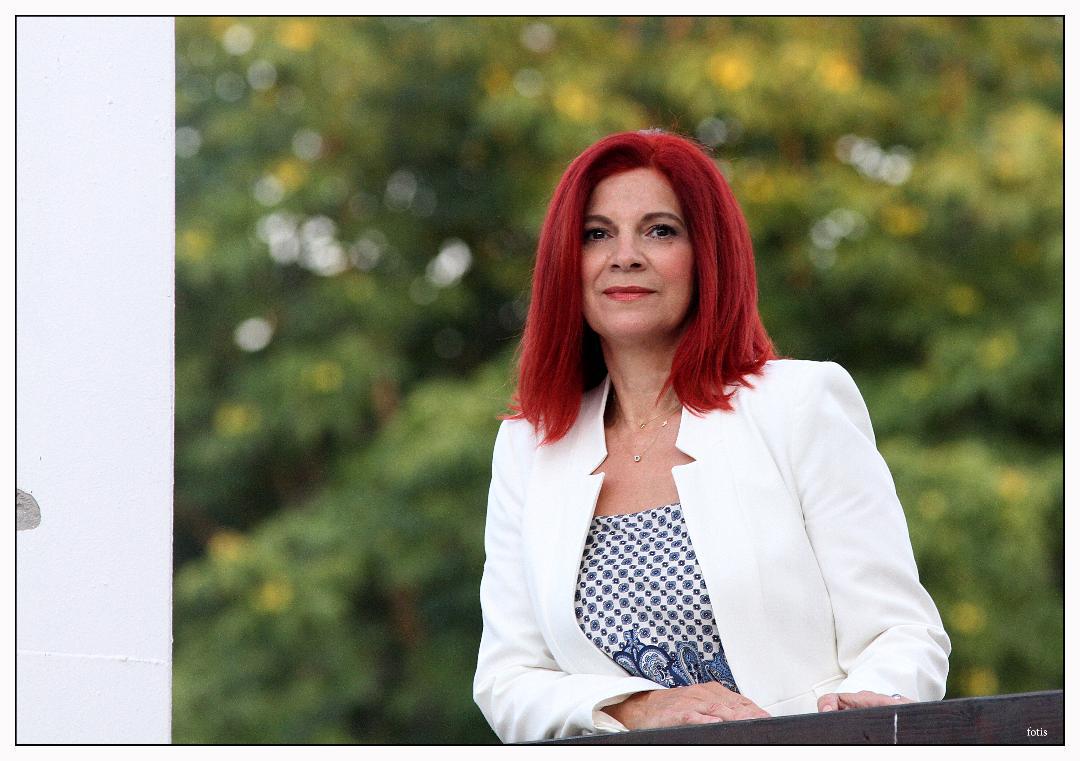 The benefit payable for the full period of 74 days is close to 4,000 euros.

It should be noted that 74 days is also the provision of maternity leave for salaried employees, so there will be equality in this way between the different types of female employees.

In addition to this, another 30-day extension to this scheme can be given with the corresponding financial contribution, if the woman has faced complications in the pregnancy.

In closing, what message would you like to send to women who are thinking of taking an entrepreneurial step?

Not to be afraid, to set high goals, no matter how difficult they may seem. In a male-dominated labour market, if a woman wishes to be treated as an equal, she should first believe it herself; be prepared to face greater difficulties than men, so that they can draw strength and move towards the success they deserve.

Besides, at work, as in life, they treat you as you train others to treat you.

Goal-setting, hard work, honesty and a positive outlook I think are the basic values for a successful course in all areas of the professional arena.

However, from personal experience, women pay the price of the “macho” notion that sleep deprivation and the well-known “burnout syndrome” are evidence of commitment and dedication to a job.

So, I would tell them to resist this and take care of themselves.

In this way, they will become more effective and efficient in everything they do.